….my sister Sarah! Yes, she is beautiful! 🙂 On the inside too!

Here she is a couple of months ago with some flowers she had received from her husband Justin who is in Iraq serving in the army for a year.

Because of Justin’s deployment, Sarah and the kids came from Germany (where they are stationed) to live with my parents in Sioux Center for a year, to be close to family.

To say that it has been a great joy to have a the four of them close is an understatement. They will be returning to Germany in just a little over a month, and I can’t quite get used to the idea of them being so far away again. Truthfully, I am in denial about it and don’t really want to think about it until I have to. The good thing of course, is that they plan to be reunited with Justin in Germany in July! 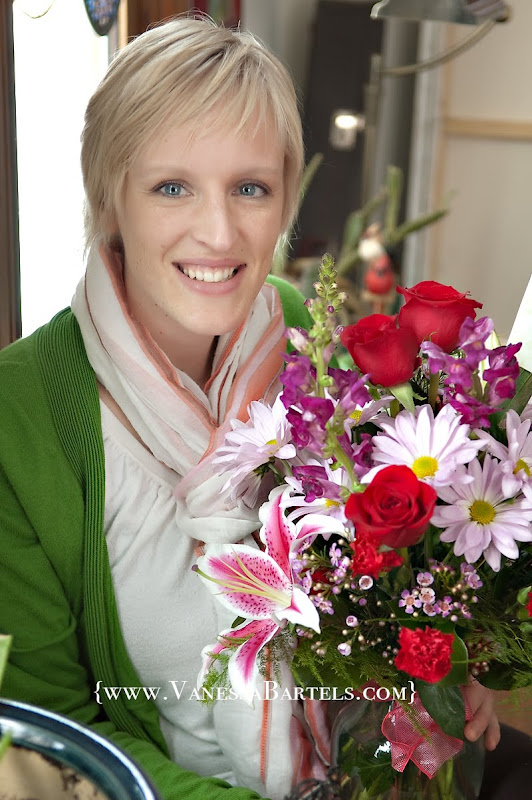 Here are some pictures I took of the kids recently…..this is Michaela…almost 3 years old. 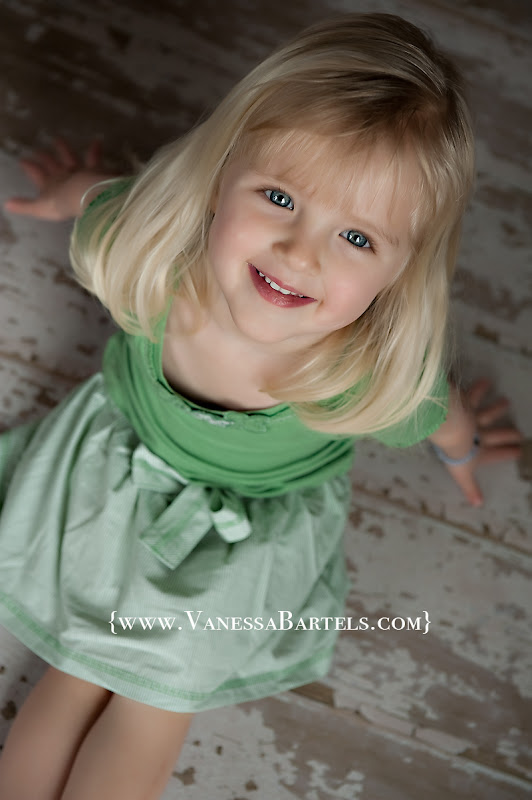 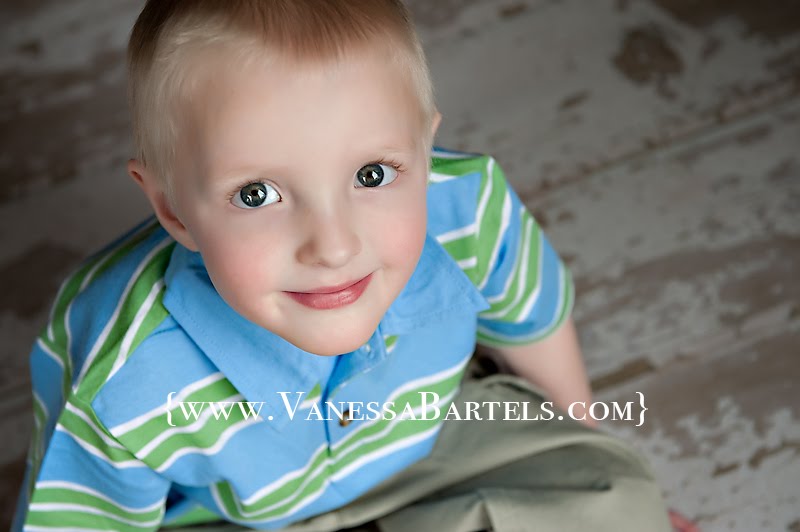 We worked quite a while to get a good picture of all three of them! 🙂

One of JJ’s highlights of coming to Iowa was to be able to play hockey like his 3 Iowa boy cousins. We definitely had to get a picture of him all decked out in his hockey gear!

We took one year old pictures of Levi. Levi is Eric and my godson!

Since I am now offering custom framing, I thought I would show a framed sample using Levi’s birthday cake pictures. What a sweetie!